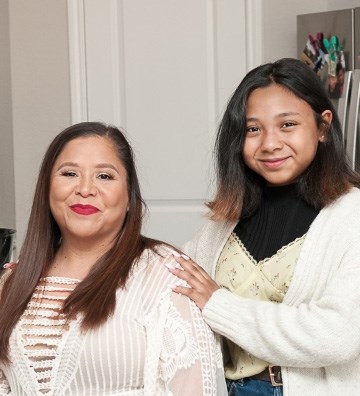 Kamichia has always been a dreamer. A mother, wife, and friend marked by determination and hope. Until she wasn’t. After a season of marital strife that was the result of unresolved conflict and unhealthy coping mechanisms, Kamichia could not see the way out. She was buried in shame and gasping for air. The person she was felt unrecognizable, and the well-being of both her marriage and her children seemed to be hanging in the balance. Something had to change. Though she felt like she was climbing an uphill battle, she was determined to find the light at the end of the tunnel. Giving up simply was not an option - there was too much at stake. In a desperate conversation with her boss, she shared the realities of what was happening in her personal life. Her boss responded with compassion, grace, and a potential place of refuge called Gracewood. Kamichia felt like she had finally been extended the olive branch she was looking for. Her boss had previously been involved with Gracewood and spoke highly of the opportunities it could provide her and her youngest child, Payton, if they were to go live there for a period of time. Kamichia jumped at the opportunity, quickly applied, was accepted, and moved in with her daughter Payton. She was shocked at the way they were welcomed. It was like this is where they had belonged all along.

“We felt welcomed there from the very beginning, the campus was beautiful and nothing scary at all,” she remembers. The cottage provided a safe haven from the storm that Kamichia had been living in, and the home-like atmosphere allowed her to let down her guard. The opportunities Gracewood presented felt too good to be true and Kamichia knew that if she took full advantage of what was being offered she could experience the fresh start she was after. Hope was stirring. However, it was a tough adjustment for Payton. Due to their move, she was forced to leave her dog behind only adding to the heartbreak and challenges of the season. It felt like she was losing so much. With time, Kamichia and Payton were able to begin building relationships with the other mothers and children they were sharing space and life with. Finally, Kamichia felt like she was not completely alone in her struggles. Payton settled in too and was finding her place, though she still longed for the day she could be reunited with her dog, Rocky.

As the days and months passed, Kamichia could slowly feel the loneliness, hopelessness, and shame lifting. Her dreams were coming into focus and she was able to see the work before her. It was time to get moving. The Gracewood staff worked diligently to provide her resources in areas of professional counseling, financial planning, parenting, and career planning. In all of her work, specifically in counseling, she was able to peel back the layers of pain, grief, and disappointment that had led her to Gracewood, “I was able to own my part and learn to allow others to own theirs as well,” Kamichia said. It was also during this time that Kamichia felt called to bring herself back to the Lord. She knew she was bringing some baggage to the table, but if the way she had been loved and received by the staff at Gracewood was any indication of how her encounter with the Lord would go, she felt pretty confident about it. In His kindness, the Lord graciously met Kamichia as she had longed for, and from that point forward hope was no longer lost.

In addition to the relational, emotional, and spiritual healing she experienced while living at Gracewood, Kamichia was able to regain control of her financial life. She arrived at Gracewood caught in a cycle of debt that she felt she could not escape. Her paycheck from her job at the medical clinic covered her bills and necessities, but making any additional payments was out of the question. Living at Gracewood allowed for more financial flexibility and afforded her the opportunity to start making progress towards becoming debt free. Kamichia was committed to the financial coaching she was receiving and worked diligently to get out from under her debt. She set a goal in July of 2019 to “one day be able to buy a house,” and on December 28, 2020, just 17 months after she arrived at Gracewood, she was closing on a house she could have never dreamed of being able to afford previously. “I felt like I had finally beaten something instead of letting it beat me,” she shares. “Gracewood helped me believe I could do that.” She felt empowered to take ownership of her story and continued to do so in both her relationships and career.

Gracewood was the launch pad for Kamichia’s thriving. She continues to work at the clinic and is in the process of becoming a special needs advocate. This is something she has wanted to do for quite a while and, for the first time, she is finally at a place where she feels she has enough margin to allow her passion for this population to grow legs. She continues to be committed to her faith and attends Faith Community Church of God weekly. She loves spending time with her entire family and especially cherishes time with Payton and her dog, Rocky, who now has a proper yard where he can play. “It was devastating for Payton to be away from her dog during the time we were at Gracewood,” says Kamichia. “It feels amazing for them to be reunited and to have a yard where they can play together.” Kamichia remains involved in the after-care program and has continued to foster the relationships she made during her time at Gracewood. By the Lord’s grace and with the support of Gracewood, Kamichia has re-claimed control of her life and is in the driver’s seat with the entire world before her.