A Time of Crisis 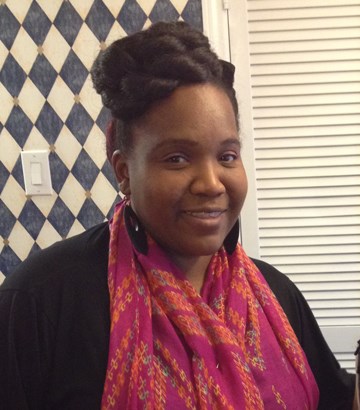 Stefanie found herself on the brink of homelessness after relocating from Dallas to Houston with her 17-year-old son, Jeremiah. After accepting a job in home health care and making the move, the job fell through at the last minute.

“I literally had $100 in my pocket, was behind on my car payment and we were living with a friend who was about to move,” said Stefanie.

It was then that she reached out to a social worker at her son’s school who referred them to Gracewood. “I was told it would take at least two weeks to complete the process, but by God’s provision, we were able to move to Gracewood in just a few days,” said Stefanie.

Stefanie and Jeremiah moved to Gracewood in October. In the process of applying, Stefanie secured a job as a member services representative for Texas Children’s Hospital.

Stefanie not only secured a job, but having already been working on a Bachelor of Science in Human Services from the University of Phoenix, even in the midst of crisis, she never missed a step in school.

“I knew at my age, if I don’t do it now, I never will,” said Stefanie. “I also want to be an example to my son when it comes to education as he will be pursuing his own degree shortly.”

After earning her degree, Stefanie’s intends to work with families and youth in crisis.

“I’m obviously going through my own crisis now, but I’ve been truly amazed by God’s provision through Gracewood,” said Stefanie. “It encourages me to use my degree to help others because of my experiences and the help I’ve received.”

It is Stefanie’s personal testimony that drives her to help others in need.

After two teenage pregnancies and marrying her high school sweetheart, Stefanie found herself a single mom when her husband was incarcerated.

“We were babies having babies,” said Stefanie. “Because of the support of my parents, I was able to finish high school. I became a fighter because I had to be in order to survive.”

Although Stefanie remained married to her husband throughout his eight-year incarceration, they eventually divorced in 2008. Stefanie’s oldest son is now 21 and her daughter is 20 years old.

“I’ve always given everything to my children. I gave them the best thing I could give them: a relationship with God,” said Stefanie. “While it’s tough being away from them, I know that they are able to stand on their own two feet. Now it’s time for a transition, time to find some long term stability.”

Although Stefanie will not officially receive her degree until August 2016, she is already pursuing her passions. Stefanie started an organization in Dallas called the “Song Bird in Me,” designed to work with those in crisis by creating a safe environment to share and deal with issues not addressed in church. She is also a very talented singer and song writer.

“It is a blessing to have moms like Stefanie at Gracewood,” said Debbie Rippstein, Executive Director of Gracewood. “Her motivation, passion and perseverance are an inspiration to other moms and an encouragement to our staff. We look forward to having a front row seat to the many ways we know God will use her story and gifts.”